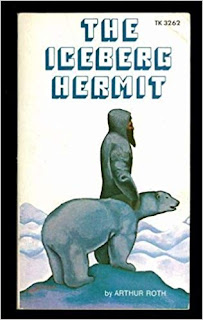 This is one of the many scholastic books that stands out in my memory. I believed every word of it - 17 year old Allan survives a Greenland shipwreck, kills a polar bear and raises the bear's orphaned cub, eventually finds a group of native people who take him in, and seven years later, finds his way back to Scotland.

Later, I learned it was merely based on a true story.

Later still, I learned it is probably pure fiction. Still, it is one of those books I read over and over and over. Writing about it now, I'm tempted to pull it off the shelf and read it again.
- July 02, 2018